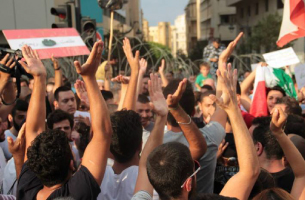 The main waste landfill in Lebanon had closed its doors last month without providing an alternative, resulting in the accumulation of piles of garbage in the streets of the Lebanese capital. In the face of this shameful scene which reflected the poor quality of the current political power in Lebanon and its failure to take over the honor of leading the Lebanese nation, a popular protests was set off quickly evolved to include a broader demands related to the fight against corruption and to condemn the entire political class in the country.

The Lebanese people left for a demonstration in Riad Solh Square and Martyrs Square during the past two weeks, where the Lebanese police fired tear gas and water cannons and shot in the air to disperse thousands of protesters in Beirut, who were demanding the resignation of the government because of poor dealing with the crisis, police and security forces closed the center of the capital and surrounded the Parliament and government buildings to thwart the protests. The clashes increased between demonstrators and security, amid rising number of injuries on both sides, as a result of the heavy firing of security for tear gas and hit protesters with sticks. Lebanese security forces chased a number of "rioters", described so by the organizers of the protests, doing wrong to the image of the peaceful popular movement, who tried to sabotage the barbed-wire barrier that protects the seat of government, and threw bottles and fireworks at police, prompting the latter to respond by using rubber bullets and water hoses. According to Amnesty International, citing data from the Red Cross that 343 people were treated for injuries and that 59 others were taken to hospital after protests last week.

The Lebanese government failed on Tuesday to reach an agreement to solve the garbage problem, saying that the prices demanded by private companies are too high.

Lebanese civil societies called for a demonstration on Saturday evening under the slogan "You Stink", in reference to the current Lebanese politicians holding power in Lebanon, thousands of Lebanese took part in the march, which came out on Saturday afternoon in the capital, Beirut. The march began in front of the Ministry of Interior, where participants demanded to hold accountable those responsible for the violence by the security forces against the demonstrators in the movements during the previous days. The participants in the demonstration met in Martyrs' Square in central Beirut where organizers delivered a joint statement identified the goals of their movement and gave the government 72 hours to respond to their demands. A number of young men went to Riad Solh Square after the end of the march, and they started to throw empty water bottles and stones towards security forces deployed near the Grand Serail, and they set fire near the barbed wire and then passed it. The security forces announced the arrest of 10 people after riots in Riad Solh Square Saturday and that two members of the security forces were slightly injured. Thousands of Lebanese went out to demonstrate on Saturday evening, in the streets of Beirut, waving Lebanese flags and chanting the word "revolution" for the first time away from any political organization or parties.

Amid accusations against Hezbollah of being behind the "rioters", after some of whom carried and chanted pro-Hezbollah slogans, some Lebanese politicians tried to ride the wave of protests or exploiting and stealing the movement, declaring standing with the protesters and supporting the popular demands, but that was not accompanied with the resignation of any minister. This, a group of Hizbollah led by an official from the party compelled "The Lebanese Broadcasting Corporation" and informational Dima Sadek to stop airing a TV program that was presented in Martyrs' Square, and removing an image in which the party's general secretary, Hassan Nasrallah, was shown amid other political leaders as being responsible for the corruption and of whom we must get rid, that the organizers of the program had placed on a wooden board. Hizbollah group warned and vowed, having arrived at the place of broadcasting, accusing the station and Dima Sadek, who criticized this act, of being traitors and capturing funds from foreign sides.

The internal Lebanese movement was met by supporting movements of Lebanese in foreign countries and slogans in favor of the campaign "You Stink", The British site "Daily Mail" published an article attached with videos and photos reflecting the popular anger in the Lebanese street, the site Huffingtonpost considered the Lebanese youth brilliant and intelligent in choosing slogans for their movement. The American ABC site published the accidents in Lebanon with pictures and coverage, describing the crowds as historic. 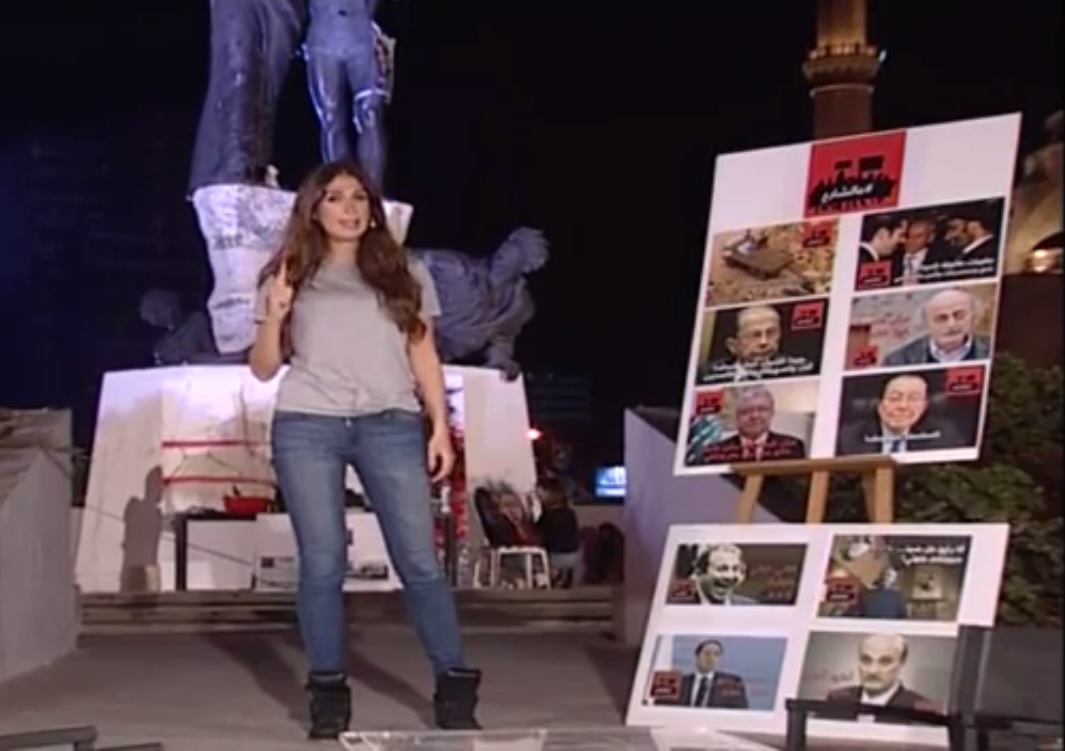 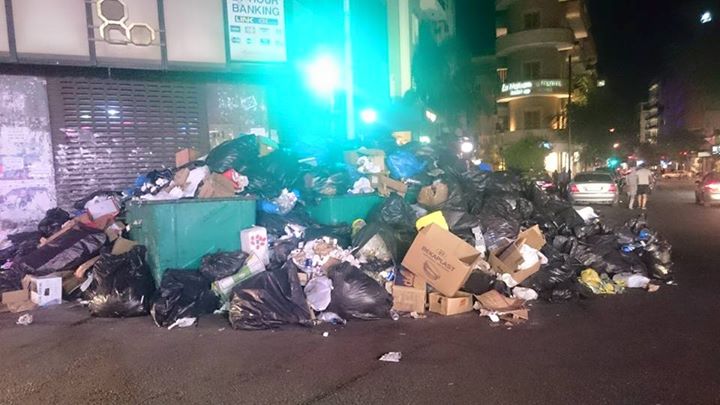 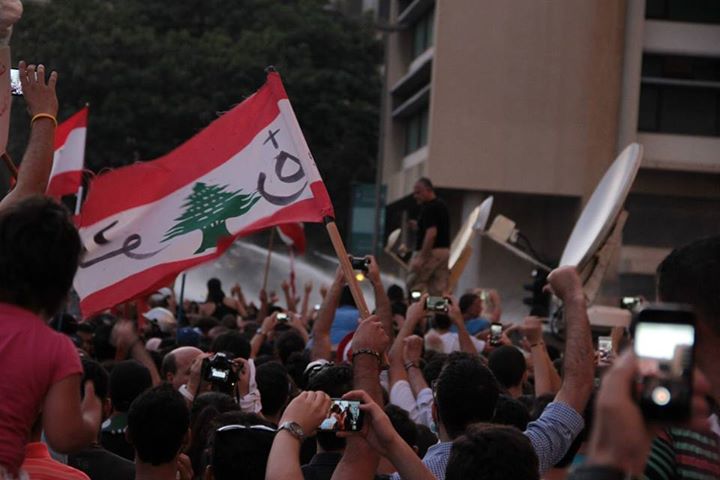