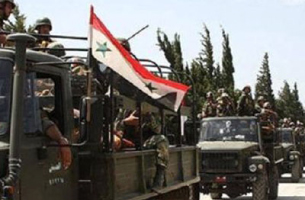 2224 civilians, including 225 children, and 140 female over the age of eighteen, and 1157 of combating brigades and Islamic brigades

11 breakaway from the regime forces

1092 foreigner from the combating brigades and Islamic brigades

The Syrian Observatory for Human Rights estimated that these numbers are at more than 400 of what it was able to document because there are a lot of missing during the clashes, and secrecy by all parties on their human losses

It is worth mentionning, according to the observatory, that about 38% of the losses, during the last month, are members of the regime forces and gunmen loyal to it, which is the highest monthly percentage of the regime losses since the start of the Syrian revolution