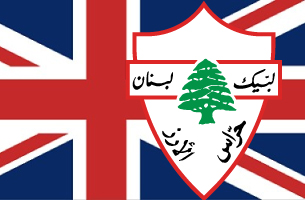 Worldwide leaders and cadres of the Guardians of the Cedars Party - The National Lebanese Movement in Lebanon and the Diaspora convened a conclave in the British capital between March 4 and March 6, 2005, under the chairmanship of the head of the district of Britain Albert Chaoul. The participants discussed the current situation and recent developments in Lebanon, particularly after the passage of UN resolution 1559, the assassination of Rafik Hariri on February 14 and its repercussions on the Lebanese Cause and the fate of the country.

At the conclusion of the discussions, the conclave issued the following resolutions:

1. Re-organize the Party's structure and make new appointments with the objective of re-energizing the Party's activities to meet the demands of the current situation, in support of the movement for change that is taking place in Beirut, and to continue afoot with the march for liberation launched by the Party from day one of the entry of Syrian forces into Lebanon in 1976.

2. Issue directives to all Party cells located abroad to undertake all kinds of activities at international venues in support of the Lebanese Cause, including demonstrations, sit-ins and others in order to accelerate the liberation of Lebanon from the long-standing tutelage of Syria and its security agencies that control Lebanese decision-making. These activities will be carried out in participation with allied parties and organizations and in parallel with the large popular movement currently ongoing in Beirut, specifically on Martyrs Square.

3. Request that all Party cells present on the national soil to continue their actions at all levels to support the Lebanese opposition in its positions against the Syrian occupation and its local agents, and to support the opposition in every one of its demands regarding removing this abominable occupation from our sacred land. This is particularly so since these stances are highly concordant with those of the Party and are convergent with its objectives and principles as declared by Commander Abu Arz during his famous sit-in in the mountains of Aqura in 1976 in protest against the entry of Syrian forces in Lebanon.

4. Denounce the court sentences issued by the mercenary regime against Commander Abu Arz as the product of a politicized judiciary that is subservient to the authority of the Syrian occupation, and prepare an environment that is conducive to a dignified and honorable return commensurate with the enormous sacrifices that this man has made at the altar of Lebanon and its sacred Cause. It is critical to remember that the high moral standards of the Party and its principles and long history of struggle under the leadership of Abu Arz put the Party in the position of the accuser and not that of the accused.

The attendees believe that the ongoing events in Lebanon constitute a new birth for a free, sovereign and independent Lebanon. The actions of Lebanon's young men and women in the streets of Beirut and on Martyrs Square confirm that the Lebanese Cause is alive in the minds and souls of its people after thirty years of attempts at burying and eliminating it. The return of sovereignty is within reach and the resurrection of Lebanon is near.

At the conclusion of the meeting, the participants addressed a salute of appreciation and admiration to those young heroes who stand on Freedom Square, and assured them that the Party puts all of its capabilities at their disposal in order to secure the success of the independence uprising, the salvation of the country from the claws of occupation, and the recovery of the dignity and glory of its people.