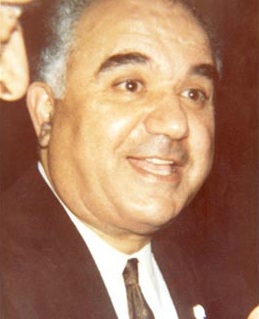 Kamal Youssef Al-Hajj was born on 17 February 1917, in the city of Marrakech in Morocco. He moved in his youth between Morocco and Egypt. His father, Youssef Boutros Al-Hajj was a writer, and issued several newspapers in Paris, Damascus and Lebanon.

His philosophical writing began in 1940. He finished his bachelor's degree in literature in 1946. At the beginning of 1950, he taught philosophy at the French Graduate Institute of Arts, and at the National Academy of Fine Arts. He also began teaching at the University of the Holy Spirit in Kaslik in 1956. He had also practiced teaching Arabic at the Lebanese University, which has established the Higher Institute for Teachers in 1951, and chaired in it the department of Philosophy from 1957 to 1974 and Dean of the Faculty of Arts by proxy from 1969 to 1971.

He has published several books:

In the late sixties of the last century, at the height of hysterical nationalism, he had written a lot of books such as: Human in his three dimensions (1966), The risk of Zionism (1967), Christ as the master of history (1968). In late 1966, Kamal Al-Hajj opened a series of university courses in Lebanese Philosophy at the University of the Holy Spirit, and that was a prelude to the battle of introducing the Lebanese Philosophy course in the programs of the Philosophy department in the faculty of Arts at the Lebanese University, that was headed by him.

He was assassinated in 2 April 1976, after the beginning of the Palestinian-Syrian war on Lebanon, with an ax at the hands of Palestinian pirates mercenaries.

He is considered as one of the great philosophers of Lebanese Nationalism. He who died only because he raised the slogan "the Lebanese Lebanon".