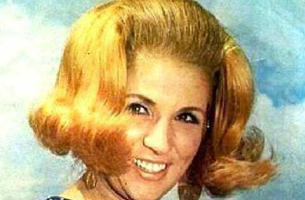 Away from rumors, the niece of Janette Feghali announced the death of her aunt in a message on her page on "Facebook" first yesterday in which she said: "Sabbouha is going back today to her village, to the land that she loved and was loved by", leaving the Lebanese in amazement that morning, Sabah died at the age of 87 and that beautiful past and bright laugh have left, the legend left us to the next of the lord leaving a giant art-legacy, and a fame that crossed the Lebanese borders and neaighboring and the region.

We will not say that "El-Shahroura" formed a bright page in the deep-rooted Lebanese heritage, rather she's the Lebanese heritage itself and its folklore... and this giant legend does not deserve today less than the greatest legendary honoring for all what she has presented to Lebanon.
Nothing will erase her from our memories, and if she has left us in the body, her legend will remain with us and between us forever and ever.

The great artist Sabah died after a long illness at the dawn of Wednesday 26 November 2014, her body will be buried after prayers for her soul at 2 pm of the afternoon on Sunday in St. George Maronite Catherdral in downtown Beirut.